It’s strange the way parts of London develop and grow at different rates, some constantly seeming to be slightly behind others, some never really making it at all. Those of you who live in South London will I hope forgive me for saying that your suburban 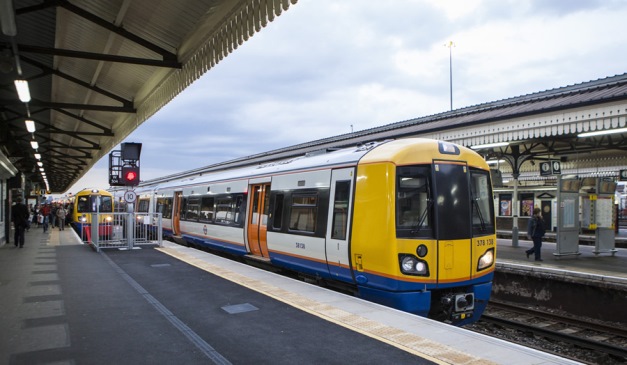 It’s strange the way parts of London develop and grow at different rates, some constantly seeming to be slightly behind others, some never really making it at all.

Those of you who live in South London will I hope forgive me for saying that your suburban rail system lags very much behind the North London Line and the familiar orange livery that TfL slapped on it all some years ago now. The headlines this year have been almost as bad as last. Crowding at Clapham. Mayhem at Moorgate. Warfare at Waterloo. It’s all rather familiar.

But perhaps this is not so strange. Ever since Ken Livingstone took control of the North London line and the spur from Gospel Oak to Barking, invested in new rolling stock, and improved signalling and stations, services have improved, and are now the best regarded in the entire London network carrying many more passengers than before.

The message is clear, and has just been reinforced by a study from the Centre for London, sponsored by Thales, which has now asked if similar investment and new governance could improve rail south of the river in the same way.

The DfT and TfL clearly think so, and without waiting for the formal publication of Turning South London Orange, announced services would be handed over to the mayor starting in 2018, the first route being Southeastern, followed by Southern, Thameslink and Great Northern services in 2021. The South West trains franchise is currently under negotiation but is likely to include a "break clause" that means it could be taken over in 2019.TfL, which will set up a joint management team with the Department of Transport, will run services which operate within the capital's boundaries while DfT officials will be responsible for the wider South East.

CfL’s report shows just why this is a logical step and will deliver so much more than just less crowding at Clapham Junction.

It argues that the southern suburban network is badly underused despite chronic congestion. It carries more passengers who do not commute to central London termini than do. This is holding up growth, jobs, and regeneration. The solutions include better signalling to improve capacity by getting more trains through the system than is possible now, an urgent review of freight paths which are often unused during the working day yet prevent use by passengers, and three door carriages rather than the existing two door stock to speed dwell times, and terms a radical change in turnaround times at London terminals

A further complication is that to a far greater extent than in the north where there is a greater reliance on the tube network, rail services in the south are the subject of competition. Londoners need a commuter metro service while those who travel from Brighton and Canterbury need a speedy long distance network.

Previous attempts by Ken Livingstone to grab control of the south failed because the southern counties blocked him and for understandable reasons. So the new agreement between TfL and DfT, which did not get much press, could actually be very significant. They are also a good boost for Mayoral candidate Zac Goldsmith, who can show how he is the right political colour to do such deals with government. And annoying for Sadiq Khan, whose political hinterland has always been South London and who has campaigned on this issue, while clearly not being able to speak to the right ministers to sort it.

Still, if it all means South Londoners get to be more like North Londoners, who can argue against that? We’re all one city and it turns out what is really important is not being coloured either blue or red, but orange.