If you’re looking for a summary of the key points and reactions to the Planning for the Future white paper, subscribe to our weekly e-bulletin LDN – London in short and get it in your inbox later today!

If you would like to read LCA Board Director, Jenna Goldberg’s initial take on the ‘big, bold steps’ outlined by Boris, Bob J and Co. read on… 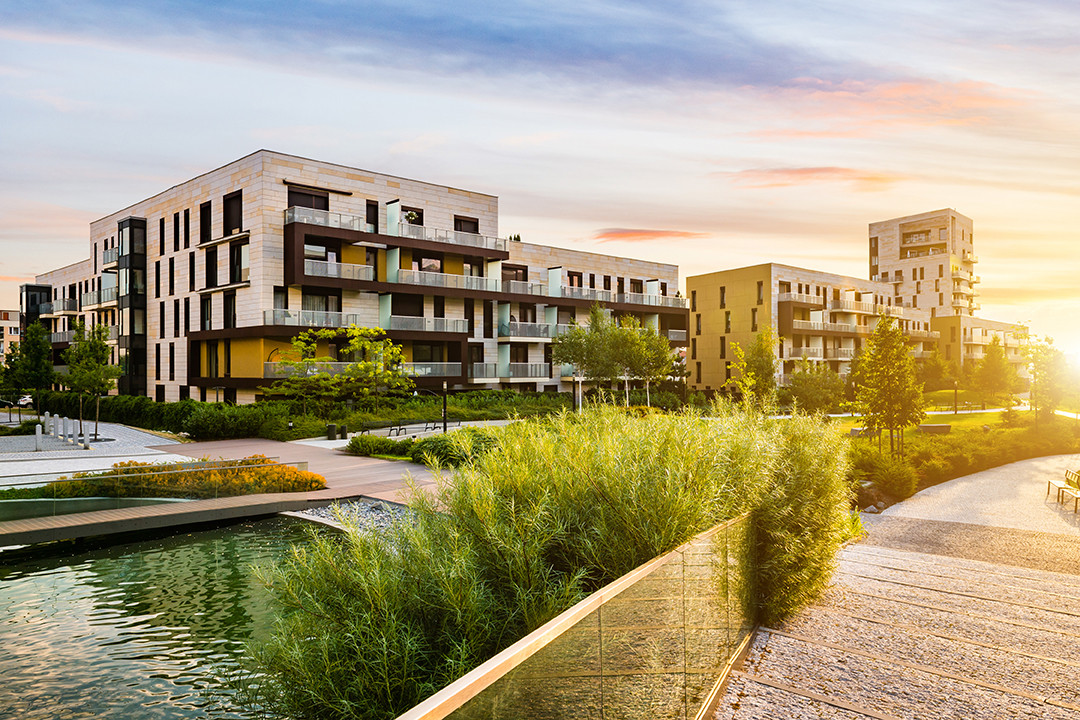 THE OBJECTIVE IS SPEED - WILL IT WORK?

LCA advises on sites and schemes from acquisition and assembly, through consultation and planning and then on to construction and marketing. We have an enviable track record of planning consents but have also seen proposed developments large and small falter, we've watched project teams prevaricate and planners procrastinate and we've seen great talent come unstuck in trying to appease the three points of the planning triangle - the developer, the local authority and the community.  So, can Jenrick smooth the way?

We need to build more, beautiful homes quickly. That's Jenrick's brief and the Planning for the Future (PftF) white paper is the response. Or at least, it's the stage one response, subject to consultation, followed by a draft Bill that may or may not bear any resemblance, followed by politicking over details and tactical decisions over timing and compromises until... well, who knows .

That's a fairly familiar story to all of us who work in planning and development. You might start with a radical vision, but once the planning process has done its thing, the realised version may be better for some and worse for others but it may well not bear much resemblance to that original idea and you can guarantee that a great deal of time, money and energy will have been expended in the process.

PftF aims to streamline and provide certainty. It wants to move us from reams of policy to a trio of imperatives – Grow! Protect! Renew! – all set within a short(er) Local Plan that needs to be drafted and finalised within 30 months.   This is close to the American model – the sexy zoning approach – and it does sound quicker and simpler.  In NYC for example, 90% of development doesn’t go through a planning department (probably why it’s so well known for its abundance of available, low-cost homes…).

Really what is offered up here is a front-loaded system with lots of time and energy invested during an intense Local Plan development stage and less as each individual planning application comes forward. It is at the ‘plan-making stage’ that ‘more democracy [will take place]’. A sweet turn of phrase behind which rests basically the entire ball game.

Is it feasible to have an entire local authority area zoned, in 30 months, in a way that is agreeable to local communities, their political representatives and the public planners and appealing to the private developers and investors? And what happens if, as is highly likely, it’s not?

Maybe if you were starting from scratch, building a system from nothing without political baggage, it could be. Maybe – with the right resources and plenty of investment in education and accessibility – it is. And if so, you can see the benefits. Less power handed to the NIMBY who is now forced to see beyond their own fence and a specific development proposal, more certainty given to the investor, greater participation by a community with a more rounded understanding of its potential future. This is an idealistic read of course.

But in reality, how do you time this Local Plan-making extravaganza of democracy with local elections, to ensure it doesn’t simply become a political battle royale, especially as outside London many local authorities have a third of seats up for grabs three years out of four? Vote for me to Protect! The other lot just wants to Grow! We already see council administrations flipping on Green Belt protection, airport expansion or just one contentious major regeneration scheme.

And how do you keep communities engaged in the changes that are happening to and around them if they were enshrined by others before they moved in? Actually, more than that, how do you incentivise good design and creativity when there is no further ‘democratic’ scrutiny? This is perhaps the key weakness of a zoning-based system and it is particularly relevant at the moment. How do you build flexibility into a rules-based system? Agility and innovation are arguably just as important as certainty and speed.

Innovation is on Jenrick’s mind though. The word ‘digital’ is used 51 times in the White Paper and honestly, it’s about time too. A conservative industry by nature, digital disruption hasn’t really hit the planning sector at full force yet. It took a global pandemic to move it beyond foam boards on easels and notices on lamp posts and it would be a fantastic thing to harness this moment and propel the industry into the 21st century (only a couple of decades late).

The PftF’s authors are right that the current system favours ‘a small minority of voices’ and we know from our digital engagement work that technology has the power to irrevocably rebalance the system and engage a wider cross section of communities. Of course Local Plans should be map and data based and easy to access and navigate online! Imagine the schools’ programmes you could run with those tools! Imagine the SME developers empowered with that information!

Imagine a transparent policy (sorry, rules-based) landscape where it wasn’t the (highly conflicted) developers’ job to convince the planning officer and neighbour and local politician that their scheme was compliant as all the information would be there, at your fingertips, like the ETA of the Deliveroo order winging its way to you.

Tech and transparency can go a long way in building trust between the three points of the planning triangle and it is fair to say there hasn’t been enough good faith in planning over the past 20 years – a key reason that our trio doesn’t rub along more smoothly. Indeed, one could see an argument for pushing on with this element of Planning for the Future without needing to up-end the rest of the system.

As well as helping us to build quicker, tech (really just a proxy for more accessible information) can create a lot more accountability in the sector as a whole. If it was easier to find out what Developer X’s CIL money paid for (yes there’s a tower but we got a new school out of it) or who is responsible for letting a park deteriorate (ah it feels public but is actually owned by overseas investors) we may see that trust rebuilt, more emphasis placed on long-term stewardship and even a more long-sighted view of what new development can do for an area.

Boris, if you want ‘world-beating’ tech, this is the place for it.

World-beating tech, an efficient, democratic process, information at our fingertips – sounds great. However, none of it will work without a magnificent amount of investment from central Government. Local authorities’ budgets have already been cut to the bone and a sensitive planning officer may feel a little bruised by this White Paper, calling as it does for “fundamental cultural change on how planning departments operate.”

There is a sweeping promise for a resource and skills strategy and a new performance framework but this is a sector that already struggles to attract the right talent to the most important, public sector roles.

Again, if we were starting from scratch, it wouldn’t sound too bad. As it stands, it suggests the repurposing of an entire cohort of planners, who are called upon to become enforcement officers and design code compliance monitors.

And on those design codes that our erstwhile planners will now be defending: the suggestion is that we honour the late Sir Roger Scruton by producing a ticker tape parade of standards that he would have been proud of. Set locally, supported by a new national body, these codes – detailed enough to reflect the characters of local streets but standardised enough to comply with the late Sir Roger’s taste and not be too bureaucratically onerous – will  also somehow be “provably locally-popular”. A head scratcher and tongue twister in one there.

Local people knowing best was the central tenet of the Neighbourhood Planning push of 2012 – also intended to democratise planning and ensure delivery – and it has taken eight years for it to really gather force. Sadly, the part on Neighbourhood Planning reads very much like a political advisor remembered it two hours before publication. Quick, add something in about how much we like it and will keep it, er, if we can.

There’s also not much on how zoning could work in dense cities – where authority boundaries are often a regeneration black spot – or, dare we say, in the capital specifically. Of the three mentions of London in the document, two are in the Whitehall Department’s address to send consultation responses. The other magnanimously notes that Mayoral CIL could be retained as part of the drive towards a Land Value Capture borrowing mechanism. The intention in the paper is to replace both S106 and CIL, but when CIL was introduced its intention was to replace S106 and now we have both – can a single levy really work for complex sites and developments?

It’s not that we want London to be treated differently, it’s that it has to be – Simon Ricketts has explained why better that we ever could in his piece for OnLondon here. Property values, density, land availability, infrastructure are all different here (and in other big cities too, but most starkly in London) and the White Paper doesn’t confront that.  Crucially, how will PftF work with the London Plan and might the Government’s proposals, once fleshed out further and finalised, also incorporate an attempt to undermine and reduce the Mayor’s planning powers?

We have three months to make the case for London – the consultation closes on Friday 29 October 2020 and you can read the full White Paper here.