The year after a General Election the Chancellor would normally go bolshy and bold on Budget Day. But with the EU referendum round the corner George Osborne had to be calm and considered instead. Today’s speech was all about stability, staying the 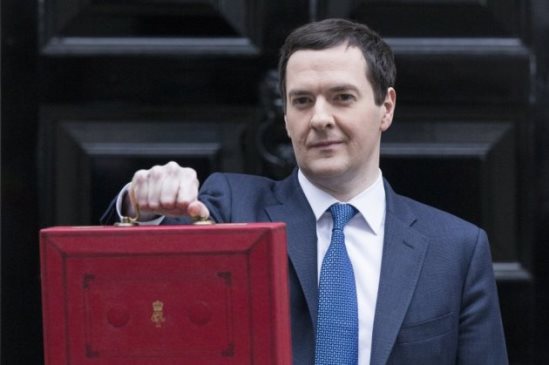 The year after a General Election the Chancellor would normally go bolshy and bold on Budget Day. But with the EU referendum round the corner George Osborne had to be calm and considered instead. Today’s speech was all about stability, staying the course and staying in…

The big news nationally was on major education and tax system reforms and further Stamp Duty changes, this time on commercial properties. There is also to be a new sugar levy as well as progress for the Chancellor’s ‘radical devolution’ agenda which includes new city deals for Edinburgh and Swansea and new elected Mayors for East Anglia and the West of England.

For London, it wasn’t quite as significant as last year’s Autumn Statement and you’d be hard pressed to find anything truly new here for the capital. But there were a few surprises – remember the Thames Gateway? – and some positive news for those who back the London Finance Commission’s calls for greater financial autonomy. Of course, with the Mayoral election less than two months away and the EU referendum shortly after that, you can see why the Chancellor thought he’d play it safe. There’s not much here for any of the Mayoral candidates to get worked up about but we suppose that was the idea.

·  We already knew the big headline for London; Crossrail 2 is go.

·  The Government will provide £80m to develop the project and is asking Transport for London (TfL) to match it. The aim is to bring forward a Hybrid Bill this Parliament and get the first train running in 2033. The National Infrastructure Commission has made some more detailed recommendations with a view to raising and refining the budget and ensuring the construction of 200,000 homes along the route.

·  Is it 1991 again? Perhaps it’s 2006? Lord Heseltine, arguably the key man behind the original growth corridor concept, is to head a new Thames Estuary Growth Commission and develop a vision and delivery plan for North Kent, South Essex and East London to 2050. It will focus on productivity and skills and how to best exploit infrastructure like the planned Lower Thames Crossing. It will report in 18 months’ time  at the 2017 Autumn Statement. Some savvy commentators have noted that this could be a significant work stream (headache) for the next Mayor of London.

·  From next April, the Greater London Authority will retain £1bn more of the capital’s business rate revenue and will move toward 100% retention over the next three years. As was announced in November’s Spending Review, this will come with responsibility for funding TfL’s capital projects. Similarly, the Government is gently encouraging TfL to get more creative with its fundraising by driving property development and by capturing a proportion of future land value increases around infrastructure sites.

·  This link between transport, infrastructure and development was a bit of a theme. Network Rail and public land in Old Oak Common is to be transferred to the Old Oak and Park Royal Development Corporation and more broadly, the Homes and Communities Agency will work with Network Rail and local authorities to bring forward land around stations for housing, commercial development and regeneration with announcements on specific sites expected shortly. This is linked to the Shaw Report, published today, which sets out recommendations for Network Rail’s future.

·  Housing was the centrepiece of November’s Autumn Statement and so despite George’s 'We Are the Builders' refrain (deployed only once this time), there wasn’t anything terribly new on housing this time around and the full budget document really just reiterates the push to speed up the planning system and build some garden cities that we heard about a few months ago. There will apparently be more about new working relationships between local authorities and Government announced shortly and a report published today by the Local Plan Expert Group, convened by the Government, has recommended that “town halls without a submitted Local Plan by the end of March 2017 should be considered for 'special measures' in exactly the same way as authorities who are currently slow to determine planning applications.”

·  The Chancellor did announce £100m to combat homelessness and an additional £10m that will be focused on London and building on the successful No Second Night Out initiative.

·  The Government will help to fund the expansion of the Royal College of Art’s Battersea Campus. This will be a 15,000 sqm site for up to 1,500 post-grads and entrepreneurs focused on the intersection of design and science.

·  The full business case for a new Thameslink station at Brent Cross Cricklewood has been approved.

·  A £5m fund has been established for smaller local infrastructure projects in London’s outer boroughs.

·  The Government wants to move to a more ‘zonal’ planning system. This is an American-flavoured model that encourages councils to provide early certainty to developers about what will be permitted on any given site. This tallies with earlier announcements about granting ‘permission in principle’ on brownfield sites and selling public land to small developers with planning already granted. However actually agreeing the zones and their uses is likely to take time.

·  There will be a statutory three month deadline for Secretary of State decisions on called-in applications and recovered appeals to prevent time-delays on decisions on infrastructure, housing and regeneration projects.

·  There is going to be a consultation about increasing transparency in the property market as well as one on a second wave of Compulsory Purchase Order reforms. For London specifically, this has been linked to helping TfL generate revenue from its property assets.

·  The Government will extend the Private Rented Sector guarantee scheme which enables private landlords of new rented homes to use a Government guarantee to secure long-term financing. This will now run until December 2017 to encourage long term institutional investment in the private rented sector.