Sadiq’s response to the Brexit White Paper – a sensible response or a missed opportunity? 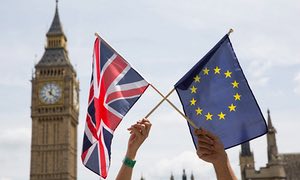 The Mayor of London’s response to the Government’s White Paper on Brexit, entitled “London’s Global and European Future” is perhaps the most important document to come out of his office since his record election victory last May.

The 32 pages seek to provide a cogent response to the 12 Government priorities and it has been prepared by the Mayor in close discussion with his high quality Brexit Advisory Panel.

With Sadiq this week on a tour of key European cities and with the PM only a day away from starting the Article 50 process, this document goes to the very heart of London’s status as a global city and Europe’s business capital.

Since the early 1990s, London has seen more or less untrammelled growth especially in terms of inward investment and tourism and consequently the value of commercial and residential development.  That growth is clearly under threat.

Most of the approximate 32 recommendations are highlighted in bold throughout the document.  Whilst there are no significant surprises some key points are:

• The Mayor supports the CBI’s suggestion of some form of interim deal whilst the trade negotiations take place.

• He pushes the government to “ensure that remaining 2014-20 European funding can be utilised in full; and that ERDF and ESF programmes are replaced by a London skills, employment, enterprise, environment and infrastructure fund from 2019 onwards, wholly devolved to City Hall, in order to avoid any gap in provision.”

• The theme of devolution continues with “As powers and funding are transferred from Brussels, the government’s default position should be a presumption of devolution – to the devolved nations, the Mayor of London, metro mayors when elected and local authorities where appropriate – unless a compelling case for yet further centralisation in Whitehall can be made.” And “the government has introduced additional incentives to support skills training, in particular through the apprenticeship levy and introduction of T-levels, but I endorse the London Finance Commission’s recommendation that London’s contribution to the levy should be devolved to London’s government.”

• And on working in London he continues to raise the prospect of a separate system for the capital “I am concerned that the government is prioritising controls over immigration above economic growth. London, and the UK, needs a flexible immigration system that responds to demand, not one that places additional costs and burdens on employers – this is more likely to have the contrary effect of reducing investment and job creation. If the government is unable to ensure this flexibility, London should have greater control over the allocation of work permits in the capital. Potential restrictions on London business’ ability to fill their vacant posts, given the low levels of unemployment currently enjoyed in the capital, is worrying. And our critical public services will suffer without access to EU and global talents and skills.”

• And on security he says “There is no doubt that leaving Europol would have implications for the MPS and has the potential to increase barriers to accessing intelligence. It is in the interests of all the countries of Europe, to continue to work together. It is essential that we maintain effective data-sharing arrangements with other Member States.”

He does also push for a new Environment Act, to ensure the UK has as good if not better environmental protection than the EU, reinforcing his credentials as the greenest Mayor we have seen to date.  And for the development industry specifically he states: “The Energy Performance of Buildings Directive requires the move towards nearly zero-energy buildings by 2020. But this has not yet been mandated in the UK. This is critical to guide new building construction to significantly higher efficiency standards and incorporate renewable energy production to help meet the UK’s carbon reduction targets.” (continued below). 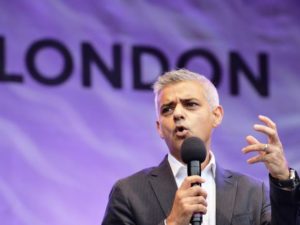 But on re-reading it a second time I did wonder whether this is actually quite a defensive document, prepared so that if things go badly wrong, he can point to it and say “I told you so”.  Sadiq, a seasoned election campaigner, has occasionally been criticised for his tendency to prioritise political posturing over action and delivery.  Is this an example?

The Mayor’ s powers are limited but there certainly are things that the Mayor of London, and the agencies and resources he has at his disposal, can do for the capital in addition to what central Government can do.

For example the only reference to his promotional agency London and Partners is in the CV summary of one of the panel members and there is little/nothing about work with London Councils and the boroughs.

So here are seven things I would have liked to see in the document:

1. A commitment to recruit the best CEO he can find for London and Partners and invest even more resources in the promotion of London. If you are the "brand leader" and times are tough then this is the time to reinforce the marketing, not reduce it. As part of this L&P needs to ram home the core attributes of London that won't change with Brexit - language, time zone, culture and integrity in business.

2. Evidence of a programme of important overseas visits, led personally by the Mayor of London. Whilst I was disappointed the Mayor did not make it to MIPIM, the fact that Sadiq is in Brussels and Paris this week doing precisely this job is to be welcomed  (indeed, he was due to make a few other stops too but scaled back the trip following the attack in Westminster last week). Deputy Mayor for Business Rajesh Agrawal has also led a tech and life sciences delegation to Berlin just this week. I very much hope the media and the Taxpayers Alliance won’t seek to moan about the costs of the team and the travel and accommodation.  Now is not the time to gripe about this but focus on the benefits of this outreach.

3. An indication that he will work constructively with the new Mayors in the metro regions for the UK.  It was interesting to see that Agrawal also went to Manchester two weeks ago.  Will the Mayor of London make a similar trip after the May elections?

4. Recognition that he needs to get a deal done to stop, or at least reduce strikes on the transport network. These strikes send out all the wrong signals at precisely the time we want to present the best possible image to businesses, visitors and investors.  Much here will rest on improving his relationship with Transport Secretary Chris Grayling which went from bad to worse through the Southern Rail debacles

5. A reinforcement of the commitment to champion London's culture and sport.  As the Deputy Mayor for Culture, Justine Simons said at the Centre for London annual conference in November this is what gives London its “authenticity” more than anything else.  The Mayor’s recent comments about London’s sporting role are spot on too.

6. A decision to cancel, or at least be very careful with the messaging around the report into foreign ownership in London.  I do wonder how this “inquiry” squares up with #londonisopen. As a global city it's surely not the time now to imply that overseas investment into London is not welcome.

7. And a decision to back Heathrow R3 but with caveats. No-one can argue London needs more runway capacity and so finally the Mayor should cease fighting the proposals for a third runway at Heathrow, but focus efforts on ensuring all the mitigation measures are rigidly stuck to.  Ideally Gatwick would also be allowed to expand as well but permanent paralysis would be the worst of all words.

In summary, Sadiq positioned himself to be the most business friendly Mayor to date.  Clearly that was before Brexit and since then he has done a great job to date championing London.  But more can be done by him and his agencies as well as Government over the next three years to ensure London remains the best city in the world to do business.