Should the Lib Dems look back for their future?

Tim Farron has resigned as leader of the Lib Dems. Before the party moves forward, LCA's Wyatt Getty thinks they should look to the past for direction.   For those too young to remember (like myself), the Liberal Democrat Party first formed in 1988, 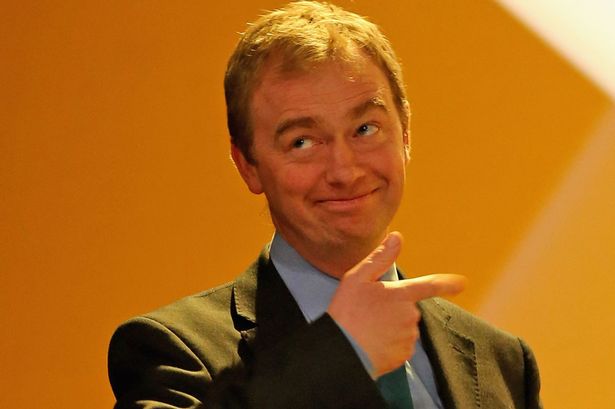 Tim Farron has resigned as leader of the Lib Dems. Before the party moves forward, LCA's Wyatt Getty thinks they should look to the past for direction.

For those too young to remember (like myself), the Liberal Democrat Party first formed in 1988, after a seven year alliance between the Liberal Party and Social Democrat Party, a splinter group of Labour moderates, and even some Conservatives. Over the years, the Lib Dems have had their share of strong, affable and erudite leaders. Unfortunately, Tim Farron never seemed to be seen by the public in the same league as previous holders of the top job.

For his part in the coalition government with the Conservatives and the party’s subsequent disastrous showing in the 2015 General Election, Nick Clegg resigned as leader of the Lib Dems and the Spokesperson for Foreign and Commonwealth Affairs positioned himself as front runner for the leadership. Many of the party’s big names had been defenestrated at the ballot box for their failures in coalition, setting the ground work for a relatively sub-par leadership race. The cloud of coalition dogged the campaign of Norman Lamb, while Mr. Farron was largely immune due to his role as party president during the coalition years. The biggest question surrounding his candidacy was his voting record on abortion and gay rights stemming from his Christian faith. Unsurprisingly, that was the cited reason for him not being able to continue as leader of a liberal and progressive party. Hindsight is always 20/20.

The 2017 General Election revealed more flaws in Mr. Farron’s leadership abilities. He misread the public’s desire to reverse the referendum result, a major pillar of his campaign messaging to appeal to the 48% Remainers. When pressed, he wasn’t able to provide a solid answer on whether or not he believed gay sex was a sin, taking the campaign off message for weeks. And he himself was being named as an issue on the doorstep by party campaigners because he was seen as "childish", instead of authoritative. The more voters found out about Tim Farron, the more his favourability ratings dropped. He may have increased the number of parliamentarians his party sends to Westminster but more importantly he failed to appeal to liberals all over the country. Just as there was a gaping hole forming in the UK’s political centre, he mustered the worst national vote share for the Liberal Democrat Party ever (down to 7.5%), could not convince voters he was a realistic alternative as Prime Minister and failed to return party stalwart and his predecessor, Nick Clegg.

However it’s not all doom and gloom for the Lib Dems. The upcoming leadership race provides an opportunity to re-enter the spotlight and make a renewed effort to claim the centre ground - especially given another major party losing favour with the public post-election. This election saw party grandees Vince Cable, Ed Davey and Jo Swinson return to the fray, which should make for a vigorously competitive leadership contest. With the memories of coalition disappointment finally waning, the former government ministers can speak of their histories as experience instead of embarrassment. The party will be able to refocus their message to voters. Instead of insisting on reversing the referendum result, they can champion economic and social liberalism while campaigning for the type of Brexit that will safeguard jobs and prosperity for people and immigration and continuity for business. They can hold the government to account over their negotiations with the EU and try to establish a cross-party Brexit consensus. And the next leader won’t be obligated to follow through on Mr. Farron’s pledge of not working with the minority Conservative government.

Much like Paddy Ashdown did in the early 90’s, the next leader should discuss coalition prospects – assuming they’ve learned from past mistakes – on the condition that the government is willing to soften their stance on Brexit, at the same time relieving their dependency on the DUP and returning Westminster to an unbiased arbiter of peace in Northern Ireland.

It will take determined, resilient and charismatic leader to return and surpass the party’s heyday of 62 seats in 2005. But if Jeremy Corbyn continues to pull Labour further to the left and Theresa May can’t steady the Conservatives, a resurgent and focused Liberal Democrat Party may be, once again, able to join forces with Labour and Conservative moderates to make an impact in Westminster, clawing their way back from the brink of electoral oblivion.