Last ever edition of LDN - London in short

“All good things must come to an end” – that well known proverb is traced back to the founder of modern English, one Geoffrey Chaucer in 1374. And this is the last LDN – London in short. At least in its current form. What? I hear you ask. Well 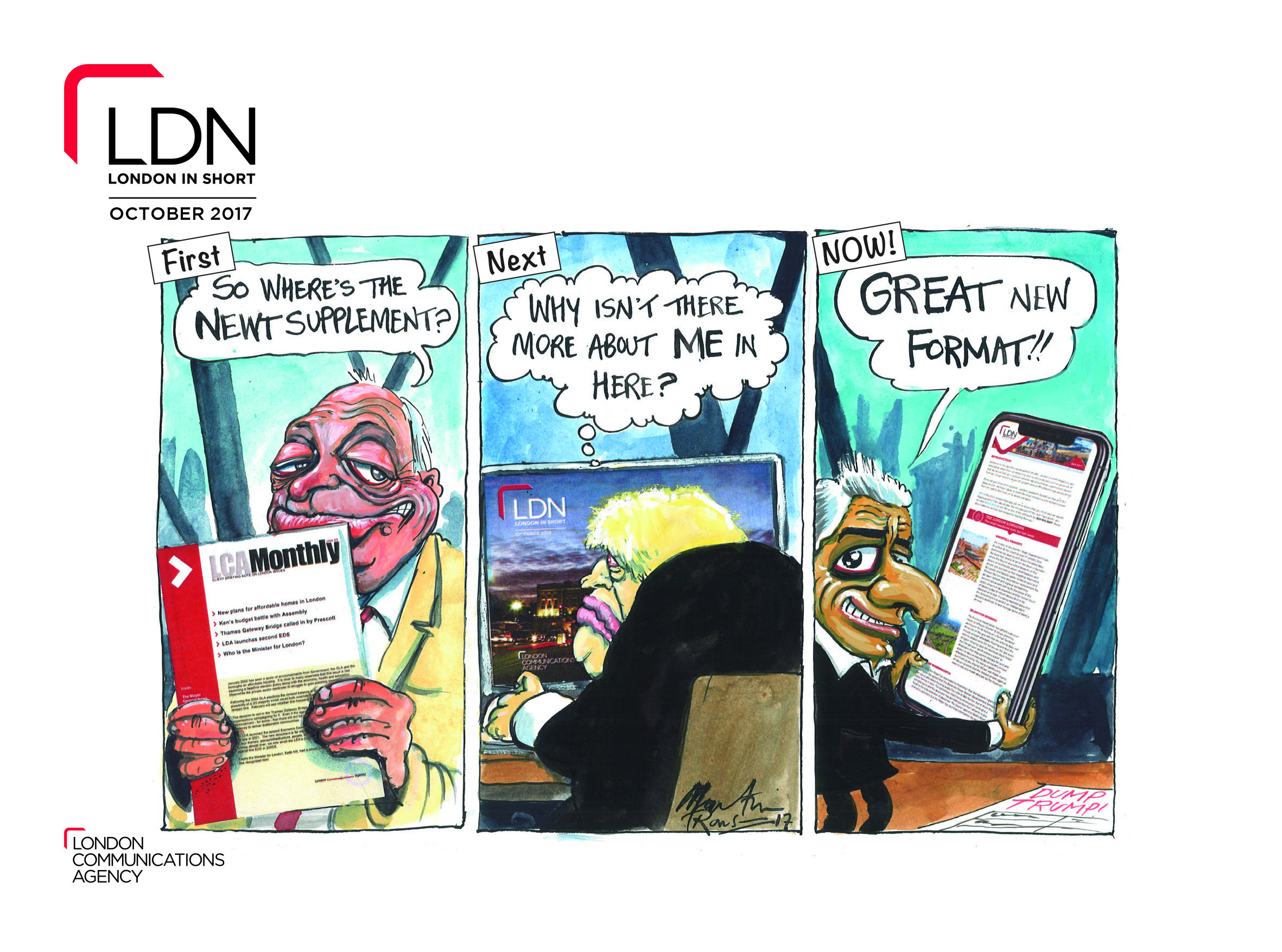 “All good things must come to an end” – that well known proverb is traced back to the founder of modern English, one Geoffrey Chaucer in 1374.

And this is the last LDN – London in short. At least in its current form. What? I hear you ask.

Well we started it as a quarterly briefing on GLA activity for our clients in 2003 and this morphed into a monthly client briefing in early 2005. We reported on the Olympic bid, the forthcoming general election and something called Dickens World, a theme park planned for the Thames Gateway…

Our focus then was on Ken Livingstone’s mayoralty, though our simple monthly word document – albeit with a few design tweaks – made it through to his successor’s second term. We covered the boom, then the bust, the recovery, London 2012. All of it.

In early 2013, we moved to LDN – London in Short. This was more ambitious still, a free monthly news magazine, fully designed and sent to nearly 5,000 London movers and shakers. Over the last four and a half years we have covered one local, one Mayoral and two general elections, a dozen or so party conferences, all the big planning decisions, all the controversial health reorganisations.

And our favourite satirical cartoonist, Martin Rowson, has devotedly and cleverly captured a story each month for us.

But in this world of minute by minute communication and ever shorter bursts of information, feedback from you, our dear readers, has been two things. First it’s a bit long and second it’s not often enough.

So as LDN - London in Short publishes for the final time, we are pleased to announce that we will instead be producing a much shorter, sharper weekly version instead, straight to your inbox on a Wednesday afternoon.

It will cover the main headlines from the seven days just gone, more of our insider knowledge and insight and some snippets from LCA’s week.

If you don’t want to receive it, given this will mean at least three more emails in your in box a month, simply click on unsubscribe when you receive our first email next Wednesday.

But for now we hope you will enjoy this last long-form edition and from next week, give the new format a try.

As always, we’d love to know what you think and we hope you value our attempts to report on what’s happening in the greatest city in the world.

PS Martin will still be doing cartoons for us, especially with the local elections imminent!