Sadiq Khan has been elected as Mayor of London with a comprehensive 57%-43% victory over Conservative Zac Goldsmith after second preference votes. He also returned the biggest ever first preference vote (1,148,716) for a mayoral candidate against the 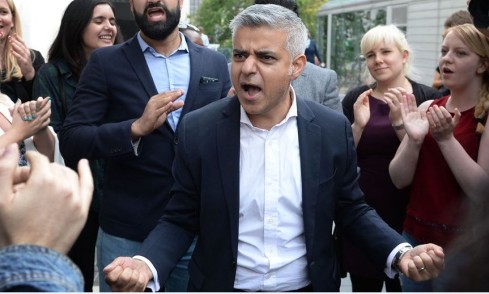 Sadiq Khan has been elected as Mayor of London with a comprehensive 57%-43% victory over Conservative Zac Goldsmith after second preference votes. He also returned the biggest ever first preference vote (1,148,716) for a mayoral candidate against the highest ever mayoral election turnout (45.6%).

For Khan, the uber-campaigner who managed Labour’s success in London local elections in 2014 and in the capital’s 73 seats at the General Election last year, this is the pinnacle of his electoral achievements to date and confirmation should anyone need it that London is now a solidly left leaning city and one at ease with electing a first Muslim Mayor.
Meanwhile the race for third was as tight as predicted with the Green Party’s Sian Berry repeating the party’s third place of 2012 with 6% of first preference votes, narrowly ahead of the Lib Dems Caroline Pidgeon on 5%. UKIP's Peter Whittle was fifth with 4% followed by Sophie Walker of the Women’s Equality Party on 2%.

Khan’s energy and enthusiasm for the Mayoralty was evident right from the start of Labour’s selection contest where he overcame frontrunner Tessa Jowell. Hustings victory then morphed seamlessly into a mayoral campaign where he was much quicker than Goldsmith in activating party supporters in late 2015 and hitting the streets and airwaves with his vision for London. He also zoomed in on parts of the capital and communities where predecessor Ken Livingstone struggled in 2008 and 2012. This paid dividends with strong showings in Merton & Wandsworth in particular, almost doubling the vote that Ken Livingstone got there in 2012.

Khan was also clever in managing to avoid the tag of “Corbyn’s man” something that the Tories had highlighted as a potential vote loser for the Tooting MP. Interestingly there was only one occasion where Corbyn was seen on the trail with Khan throughout the whole election campaign.

For Goldsmith and the Conservatives the inquest will now begin. It is easy to forget that Goldsmith was actually the bookies’ favourite to beat Khan last August but he allowed his campaign to be viewed as divisive and overly negative with too much focus on Sadiq’s alleged platform sharing with extremists and very little promotion of the environment and air quality, policy areas where he arguably had a natural advantage from his background as editor of the Ecologist magazine.

However Goldsmith’s first preference vote share of 35% was in line with the core Conservative performance at local, general, mayoral and assembly elections in London over the past 10 years, although this was never going to be enough to beat Khan. And the result was of course a very clear reminder of how Boris charmed London in 2008 and 2012, outperforming the Tory core vote by over 10%, as a very different sort of politician able to win significant votes from outside the traditional party base.

Attention will now turn to the Mayor’s power of patronage and the raft of appointments that Khan will be making at City Hall in the coming days and weeks. Sadiq spent the campaign stressing that he had not promised any jobs to anyone and although there are many names we expect to be important in his administration, it will be fascinating to see how he structures his team and who is appointed into which positions. It is clear that Sadiq will want to stamp his authority across the GLA quickly and he will also need to find a way of working with a Conservative government that is likely to be reluctant to open the purse strings to a Labour Mayor.

We will of course be monitoring developments as they play out.