To print or not to print, that is the question

LCA's Helena Carrie gives her thoughts on print vs online media. If 2015 was all about the rise of online media, then 2016 seems perhaps surprisingly to be all about the resurrection of print media. At the start of this year, The Independent, like many 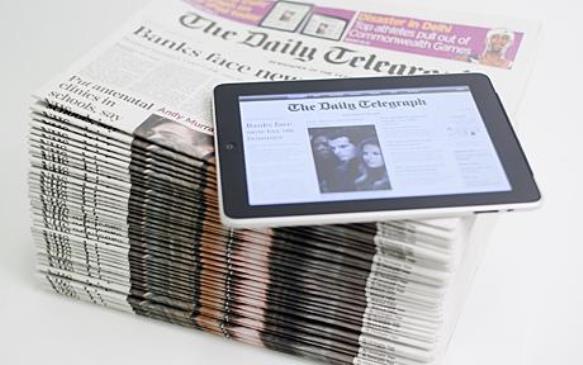 At the start of this year, The Independent, like many fellow print comrades across trade and regional titles last year, announced its move to online only. The move was long expected and linked to trends we have been seeing for the last few years. However, the cessation of a major UK national print title, exactly 30 years after it was launched, made even those in the know sit up and pay attention.

If the print vs digital debate wasn’t confusing enough, now a new trend has been creeping over the hill – the resurrection of print media, version 2.0.

Whilst many publications have announced their move to online-only over the last few years, there is an increasing wave of both ‘old dogs’ and ‘newcomers’ going against the tide. Just last month the Trinity Mirror announced the launch of a brand new national title, New Day.

Whilst not a new concept, following Sir Ray Tindle’s relaunch of a number of London titles last year, and the launch of print publication Kentishtowner in 2012 at the height of the ‘death of print’ buzz, a new national caught our eye.

So can we now say once again with more confidence – this isn’t the death of print media after all? That age old question simply poses more queries.

We can’t ignore the facts that print media, in its traditional newsprint-based form, has seen its last days – that much is clear and is all around us. But what if it’s more about adaptation that extinction? What if it’s not the end of print media, but just the end of print media as we used to know it? And that to survive there must adaptation, in the form of content change and the role that plays. Whether or not print dies, the business model will need to.

The evidence is that whilst daily print circulation is decreasing, highbrow consumer titles and Sunday papers are actually on the rise. There is still a draw to a medium that cannot be replicated in digital form. There is something lovely about picking up a beautifully-designed page-based publication, with truly exclusive content and images. Something you can peruse whilst you commute, have a coffee, wait for a meeting, something that is more lasting and concrete.

However, we still live in an increasingly ephemeral world that gets the majority of its breaking news from social media and purely digital news sites, and the frequency with which we expect and want to access it, will only increase. Advertisers want to see stats, click through rates and sales conversions. Opinion pieces are there to be shared and discussed and what better way to do that than through online medium. Digital media has the ability to eliminate the need for traditional print media. But see off print for good? I’m not so sure.

For me, looking into the future, the world will see digital media replace a certain type of content. Replacing print channels for mainstream news, for example. But print still has its place, and there are plenty of reasons to celebrate it sticking around.

Luxury content and Sunday print publications are here to stay, I predict. It’s a different type of consumption. It’s simply cool to be seen with the Sunday Times come 4pm on a Sunday. But get caught reading a day-old Metro during the week and you may as well leave the city.