On Thursday 26 January 2017, the Mayor of London Sadiq Khan made his second visit  to an LCA client's site in a week. Following his appearance at the Museum of London on Tuesday 24th, The Mayor visited Enfield Council's Meridian Water regeneration 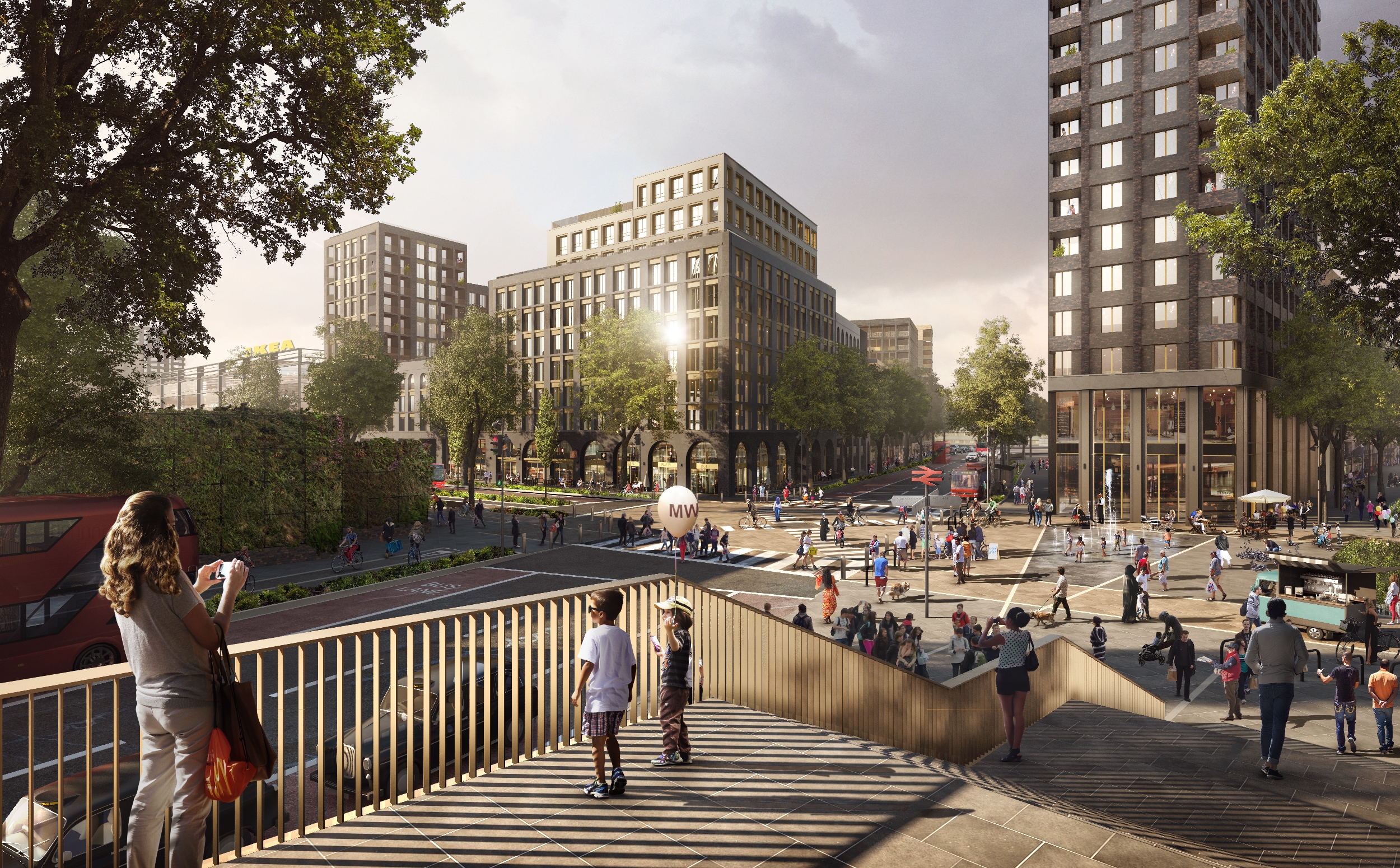 On Thursday 26 January 2017, the Mayor of London Sadiq Khan made his second visit  to an LCA client's site in a week. Following his appearance at the Museum of London on Tuesday 24th, The Mayor visited Enfield Council's Meridian Water regeneration site as construction enabling works formally started on the first 725 new homes.  Enfield Council also announced to Sadiq a major programme of activity for its flagship £6bn regeneration scheme.

- Network Rail construction works to build an additional track on the West Anglia main line also imminent, with the new railway station at Meridian Water planned to open in 2019.

“Today is the day that Meridian Water moves firmly from vision to reality.  Many people said ‘it couldn’t be done’ but today we have started works to prepare the site for the first 725 new homes, we have the new railway station funded and being delivered and we have the UK’s largest homes builder as our selected Development Partner.

“Meridian Water is a dedicated Housing Zone and will deliver enormous benefits for local people, providing much needed new homes, thousands of new jobs – supported by dedicated training programmes to help local people into employment – and a fantastic destination for North London.

“Over the coming months we will be making a series of further announcements as the project gains momentum and I was thrilled to welcome the Mayor of London to kick-off this transformation.”

“Meridian Water has the potential for 10,000 new homes and 6,700 new jobs around a new train station with hugely improved links to central London.

"We know that fixing the housing crisis will be a marathon, not a sprint, but that means starting now and being ambitious. I look forward to seeing work getting underway to support the delivery of homes, jobs, transport infrastructure and open spaces in this part of the capital.”

The role of Enfield Council in pioneering Meridian Water is also very different from the usual approach of a local authority when managing major regeneration projects.

Speaking about this, this Cllr Doug Taylor, Leader of Enfield Council, said:

“It is a pioneering approach for the public sector and unlike that for any other London regeneration site, with Enfield Council buying land, preparing designs, delivering Meridian Works, overseeing infrastructure investment, delivering low carbon heating and hot water and directing the retail strategy.

“We are absolutely committed to maximising the potential of Meridian Water and creating a beautiful new part of London, making full use of the water which runs through the site, its proximity to the Lee Valley Regional Park and the excellent transport connections by road and rail.”

“This is one of London’s most important regeneration projects that will benefit the Capital for generations. London needs new homes and with 10,000 in total being delivered it will help to put Meridian Water and the wider Enfield area on the map. We’re looking forward to starting work on delivering the first phase of these homes early next year.”

During the visit of the Mayor of London, Enfield Council also confirmed the following Meridian Water activity programme:

- 2019 – The new Station at Meridian Water is planned to open, triggering the delivery of the first new homes.

You can find out more about the Meridian Water regeneration by visiting www.meridianwater.com.